Ok, I’m pretty sure Hanoi isn’t my most favorite place.

As we say in England – it’s a bit like Marmite.

[Marmite is a spread that you can also use to flavor your tomato sauce and make a hot beverage. People either love it or hate it, so much so that Marmite has made their entire marketing campaign based around the truth that it’s either revered or despised]

In our tribe we’re split about whether Hanoi is amazing or the worst place ever.

For me at the moment it’s serving a purpose, I need to get things done so it’s quite handy that I don’t feel a massive affinity with the city, I’m more productive and don’t feel so bad about staying inside.

There are some beautiful[ish] parts. We’re within walking distance of the lake that houses both the ‘Turtle Tower’ and Ngoc Son Temple. They are both well worth seeing and are particularly magical at night time.

I have also fallen in love with a tiny little cafe called ‘Nest‘. They specialize in board games and have provided a very welcome rest from the cacophony of sound and lights that seems to engulf the rest of Hanoi.

We have spent several nights tucked away playing chess or Chinese chess or other games I can’t spell or pronounce in English. They have a thriving community that they welcome you into, and are super eager to help you learn something new if you’re game [haha].  I highly highly recommend it.

The other thing that Hanoi does really well is Vegan and Vegetarian restaurants.

Once I had seen/smelt some mystery meat on the street vendor stalls and has a questionable Bahn Mi I decided that I would aim for mainly a plant based diet while in Vietnam.

I was in no way disappointed with the quality and choice of cafes open to me. A couple that stood out were Jalus and Minh Chay – both were brilliant, healthy, friendly and cosy.

However, despite these good attributes, my second week here has me in a bit of culture shock, as well as shock at how cold the weather has become [there’s a reason everyone’s wearing knock-off North Face – make sure you bring warm things if visiting in the fall].

Our hotel is slightly lacking in windows [a common thing in big Asian cities] and so I keep sleeping too late and feel disjointed when I wake.

The pollution is something to note as well, some days the haze was so thick we can’t see further than a block or so from the 10th floor breakfast room.

So, in conclusion, the jury is still out on Hanoi [sort of].

I know that at the end of the trip I will be traveling to Halong Bay with my people and I’ll look forward to being near the water again, as well as away from incessant honking and disregard for personal space.

Until then I guess I’ll let Hanoi try to win me over. 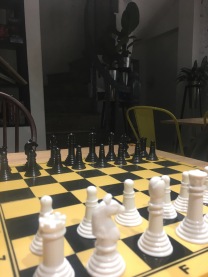 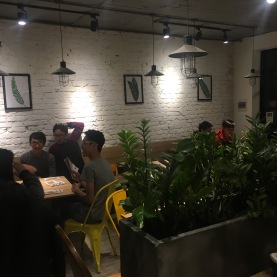 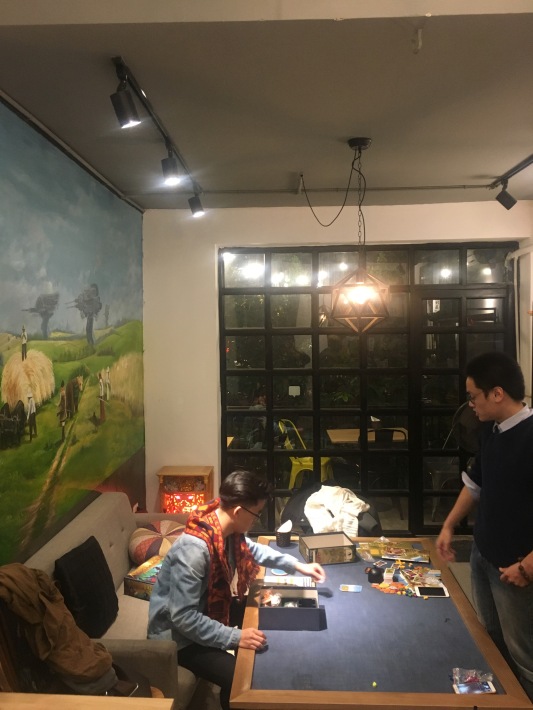 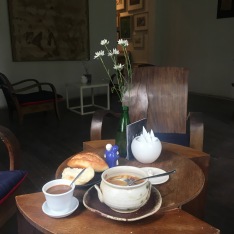