Jamaica. The land of azure blue seas and exotic beaches. Sunsets and cocktails await you in the friendly, relaxed atmosphere of the ‘Island of Alright‘  The island where dreams come true.

Last year I took the journey down to Jamaica. I had to take connecting flights (nightmare for a slightly [read: VERY] nervous flyer) to finally touch down in Kingston.

We had flown around two incredibly beautiful storm systems while navigating the Caribbean Sea. The Lightning created pockets of light inside the vast clouds. As we deplaned the air was thick and waiting for the storm to roll in.

Sometimes we have opportunities in life to walk in the realms of heaven – where things are just as they should be.

A few months previously I had met a wonderful man named Father Zachary. He is a Catholic Priest. I don’t have many Priest friends. In fact he was probably my first. I think I also had a lot of preconceived ideas about Priests. He fits none of them.

He invited me to join him and a few others to visit and serve the Missionaries of the Poor in Kingston.

When we arrived, tired, apprehensive and expectant, we waited for quite a time for a rickety people carrier to show up to bring us to the home where we would be staying. The Brothers, dressed in white robes and a blue sash, ushered us into welcome (but not very effective) air conditioning.

We sat making our way through the quiet streets towards Kingston Harbor – a sprawling area of lights and smoke.

As we drew closer to our home the streets began to look more like a war zone than a ‘destination’. The buildings were crumbling and the streets had not been cared for.

There was an eerie quietness about the place. The type of quiet that suggest a danger that everyone knows about, yet no one can see until it’s too late.

We pulled up to the gate. The 15ft walls had barbed wire, sticking out of the concrete at the top and the gate was solid iron, a beautiful blue, with a small human sized door at the bottom. It reminded me of something from the medieval times, a gate into a castle, protected by a lone guard and thick walls.

There are bullet holes in the wall. Scars of conflicts and, sometimes, fatal blows.

The doors opened for our van.

The other side of those walls held a beautiful garden and courtyard leading up to a house, sprawling and discombobulated, but full of purpose and a simple sort of comfort. It was such a place of rest and balance. The walls of the home breathed out this wholesome spirit, despite the outer walls acting as a solid, protective layer. They gave up nothing of the beauty inside.

It occurred to me that this can be how we are in our lives, with ourselves.

The outside of us can look just like others in our surroundings, all of the walls in the neighborhood were nearly identical to the others.

We can look like nothing particularly extraordinary. Surrounded by poverty or conflict in the world.

Maybe we even have a few thick walls topped with barbed wire and all the protection we can muster around us.

The Brothers and Sisters, men and women who had devoted their lives to serving the poor and serving God, all looked similar to me at the beginning.

They all had the same clothes for a start. The same routines. Even, seemingly, identical prayers.

They weren’t homogeneous nor were they perfect human beings.

As I got to know each of them better I could see the individual colors that they were bringing into the community.

Brother Robert is quick tempered and jolly all at the same time. He takes up a lot of any room he is in. He is in charge of the musical efforts of the Brothers and one night treated us to a rendition of ‘Let it Be’ by the Beatles. He shouts at volunteers when they don’t do their fair share, but also quietly comes alongside each one to encourage them in their gifting. To me his color would be a vibrant red.

Brother Daniel also made a lasting impression on me. As we worked to clean and tend to some pretty awful bed sores for Stephen, a guest at the Faith Center, Brother Daniel joyfully made everything seem light and easy. He gave Stephen back so much dignity while physically helping him to heal. He managed everything without being trite or reducing the gravity of the experience that Stephen was having. If I had to pick a color for Brother Daniel it would be a light gold.

As different as red and gold are, both Brothers were settled confidently into the hue that they offered the world. They were of one purpose and one mission, but so different in the ways they approached and contributed to their assignment.

As I observed and listened throughout my time in Kingston I began to become hungry for the settled confidence they each had. For the joy and the ease of service. For the purpose and the production.

I wanted to begin to move past those walls, into the inner courtyard, garden and home of my spirit and tend to the beauty of that rather than preserving or fortifying my protection system.

Our outer walls take a beating. There is darkness and attack that we all have to constantly be aware of. I believe that these things shouldn’t touch the inner workings of our own expression of the color that we are forming. I believe they shouldn’t get in the way of letting in what is true and holy and good.

The little human sized door in the gate was there for a reason. It offered easier access than opening up the whole gate at once. We each have these little access gates into our inner workings. A point of vulnerability.

The Brothers told us about 2 martyrs who were shot inside the compound where their home sits. Both had been tending to the vegetable patch and a drug lord scaled the wall and shot them in retribution for disrespecting his authority in the neighborhood.

Sometimes it’s true that we aren’t safe, even in our inner most parts. Sometimes things, people and situations scale our carefully built defenses and destroy something that can’t be replaced.

Even these dark tragedies haven’t dissuaded the good works of the Brothers who are left. Neither should they dissuade us from cultivating our own inner spaces and sometimes allowing a small door to open to those who can offer us help and support.

The little door in the gate at the monastery was open for trusted people to freely move in and out. I think we can learn something from this too. Even if we have needed to build up the thick walls we can still open ourselves up for those who help us towards the true and holy and good.

It reminded me to always keep a door open.

Jamaica was certainly the island where dreams came true for me. I wouldn’t say in anyway that it is the island of ‘alright’. It’s the island of the extraordinary. It started me on a journey of tending to and opening up my garden and inner home – aiming for that comfortable simplicity.

I hope you know and find your space for that too. A place or moment where you can walk in the realms of heaven, where everything is just as it should be. 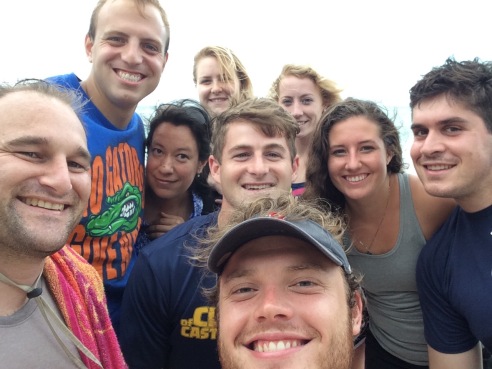 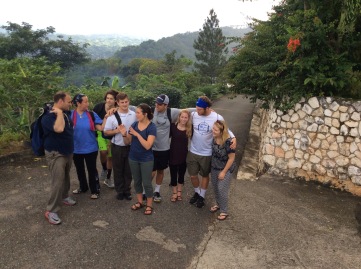 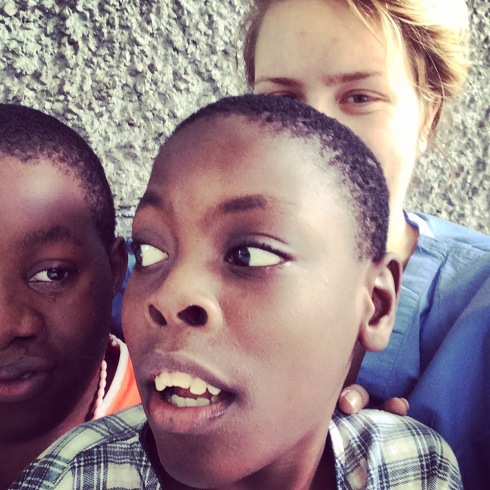 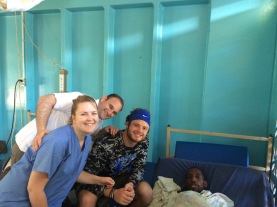 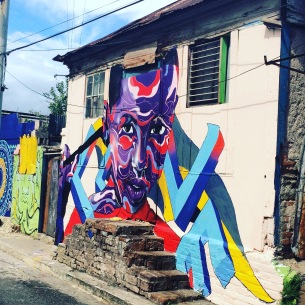